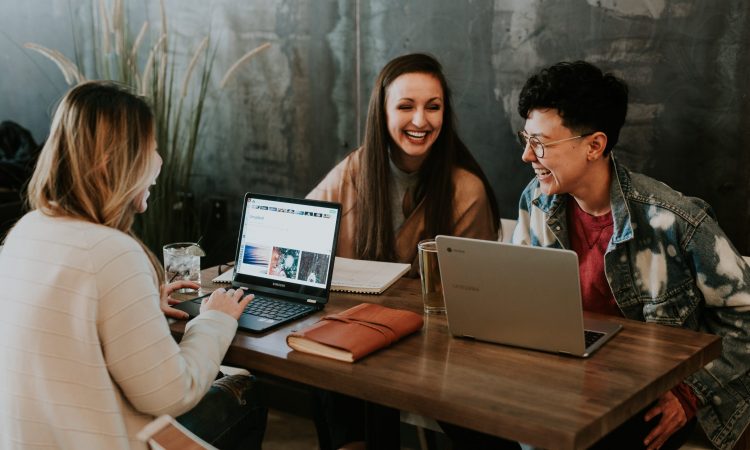 A 2020 survey conducted by gender diversity organisation Pipeline exposed a staggering lack of women in leadership positions. Only 14 of the 350 most profitable London-listed companies included in the survey had female leaders, and 15 percent had no female executives whatsoever.

Of the industries involved, construction and retail companies have the lowest number of women in executive positions. This is especially surprising where retail is concerned, as roughly 80 percent of entry-level roles are occupied by women. While we are undoubtedly moving in the right direction, there is still a long way to go.

As more women rise to higher leadership positions, we can start to evaluate what effect, if any, this has on growth and profits. Though there are many variables to consider, initial comparisons suggest that companies who prioritise gender diversity at the highest levels of management have a considerable advantage over those who do not.

A Credit Suisse report shows that companies with one or more female directors consistently out-perform companies with no female director, where returns on investments are concerned. Pipeline’s survey drives the impact of this disparity home. Companies where 30 percent or more of the executive board are female are up to 10 times more profitable than those where that is not the case.

The data clearly shows that having more women in leadership positions is advantageous. What we need to establish is why, and how best to facilitate more women moving up through the ranks.

Encouraging more women to take up leadership positions will have a knock-on effect on business operations both internally and externally. Though there are always exceptions, studies suggest that there are inherent differences in the way that male and female leaders interact with staff and manage targets.

A report compiled by the Harvard Business Review sought to identify broad differences between the way that men and women engage with subordinates at work. It found that most male managers adopt what is known as a “transactional” leadership style, whereas women lean more towards “transformational” leadership.

Transactional leadership quantifies the relationship between manager and subordinate as an ongoing series of transactions, in that good performance is met with reward, and substandard performance, with punishment. The responsibility for meeting goals rests solely with the employee, and the transactional manager’s role is simply to reward or rebuke accordingly. This approach is not without its virtues, in that it provides clear guidelines and an established framework through which employees can either succeed or fail.

Transformational leadership relies on a holistic approach, to foster a reciprocal relationship between manager and subordinate. This typically feminine leadership style encourages underperforming employees to realign their personal goals and values to match those of the company. In this respect, it can bring disengaged employees back into the fold and prevent valuable talent slipping through the net.

The importance of diverse decision-making

Co-founder of Pipeline, Lorna Fitzsimons, pin-points another reason why companies thrive with more women in decision-making positions. She states that a diverse leadership team leaves companies better able to empathise and connect with a broader base of customers. If women are underrepresented in the boardroom, companies run the risk of alienating 50 percent of their target market.

Racial, religious, ethnic and educational diversity are also essential in modern businesses. Creating a melting pot of minds is the key to maintaining an engaged workforce and an efficient operation, whilst also developing keener marketing strategies. Gender diversity is just one piece of the puzzle, albeit an important one.

At Amodigo, we understand that working alongside people who are fundamentally different to us in terms of personality, life experience, skills, and communication style sets us up to perform at our best. A diverse working environment encourages every employee to harness their strengths and overcome their weaknesses.

We also know that a diverse executive team can solve a far broader range of problems than a team where every manager is cut from the same cloth, or thinks the same way.

Our team believes in workplace gender diversity and are committed to helping businesses place the right women in leadership roles, through our executive and management leadership programmes.

Get in touch about our programmes, and to find out how we can help you develop industrious leaders.

Find us on Google Reviews